Issue
If a Block has an old firmware version installed, you may see this message when trying to update it via Dashboard. 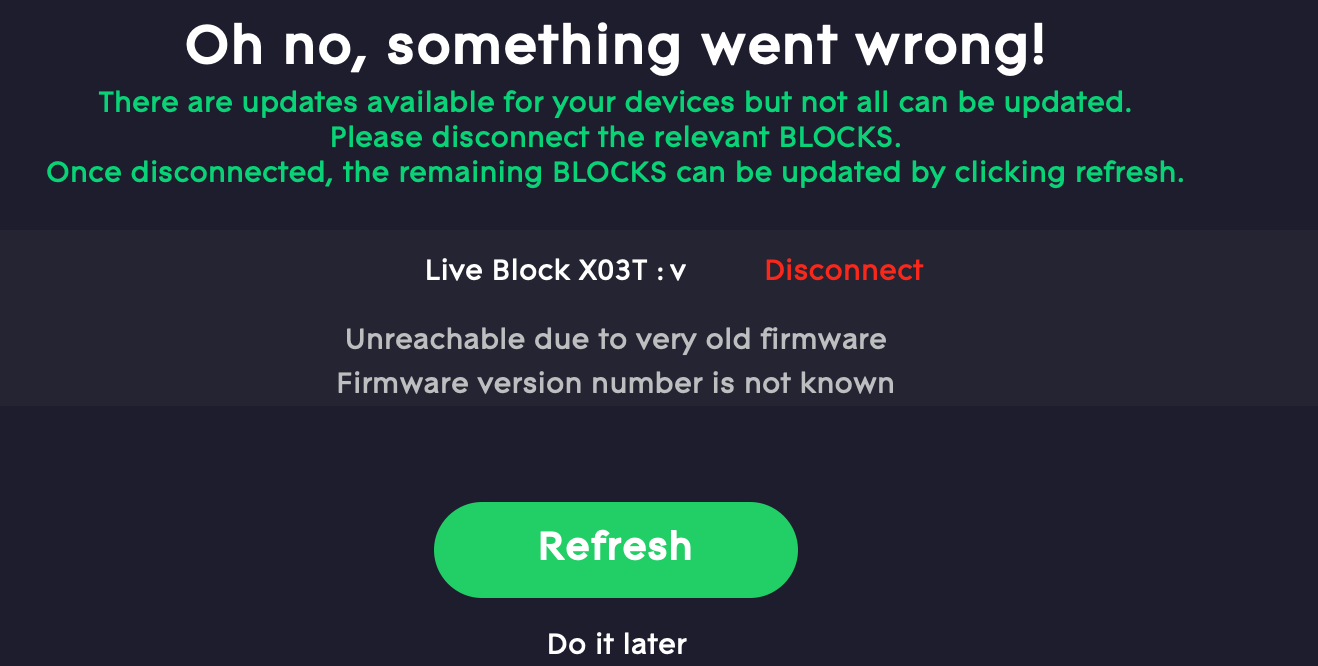 This can happen if the Block was manufactured a long time ago and has not received regular firmware updates as they have been released.

This can be fixed by performing the update using a different method. The successful method for you will depend on the firmware version the Block currently has installed.

Please try each method, in order, as shown below. If the method is unsuccessful, just move on to the next method until you have tried them all.

1. Update in ROLI Dashboard via USB (macOS/Win)
If this is unsuccessful, the next option is to update the firmware over Bluetooth on an iOS device or a Mac computer.

2. Update in NOISE (iOS/Android*)
Please follow the steps in the NOISE section of Updating BLOCKS Firmware.
3. Update in Dashboard via Bluetooth (macOS only)
First, pair your Block with a macOS device (see MIDI-over-Bluetooth: Connecting and pairing with ROLI instruments), then update the firmware using the drag-and-drop Dashboard method above.
If you have tried all the methods that you can, and the update was still unsuccessful, the BLOCK may need to be returned for a replacement. Please get in touch with our Support Team who will be more than happy to help you.