Note: this guide will show you how to load a multi-timbral instrument like Equator into Logic. For using the Seaboard RISE and GRAND with Logic's built-in instruments, check here.

Logic is great at handling MIDI and is extremely easy to setup for sophisticated MIDI controllers like the Seaboard RISE and GRAND.

In Logic X create an instrument track and load a multi-timbral plugin like Equator. Record as normal. This will provide full polyphonic expression of each dimension of touch.

Edit the data for the dimensions of touch using Logic's MIDI-Draw on a channel-by-channel basis.

The Seaboard RISE and GRAND use multiple channels of MIDI so that each dimension of touch can be expressed polyphonically.

Logic is very compatible with the Seaboard because Logic accommodates multiple MIDI channels on a single track which can host a multi-timbral plugin like Equator. This means that setting up and recording is just like using a normal MIDI controller and plugin.

Take a look at the MIDI and Pitch sections and select: 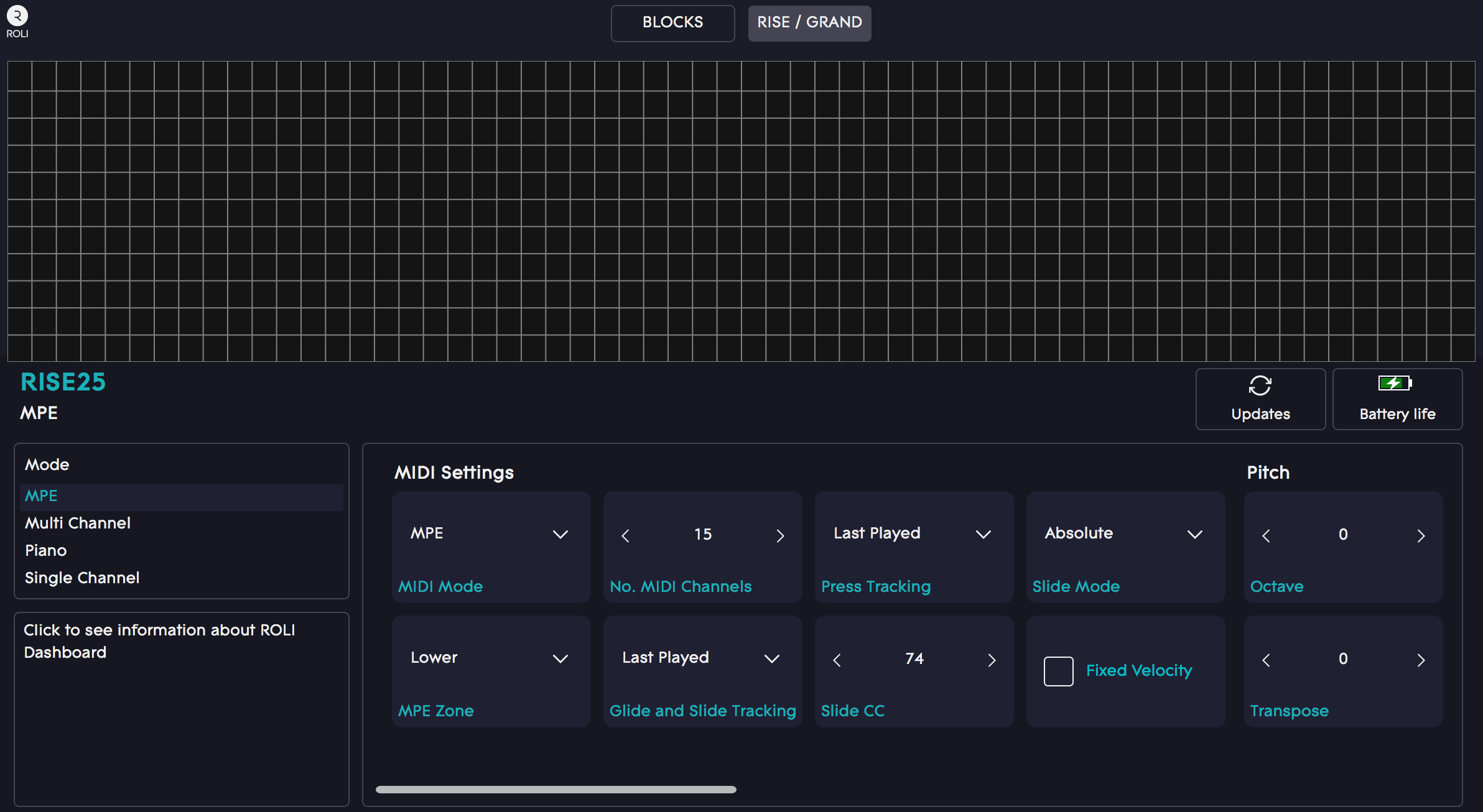 Open your Logic project. Go to:

By default, Equator's MIDI/ MPE Settings will already match those that we select for ROLI Dashboard in step one. But since a mismatch of settings in Dashboard and Equator can cause silent notes or incorrect pitching, it's worth double-checking them now. 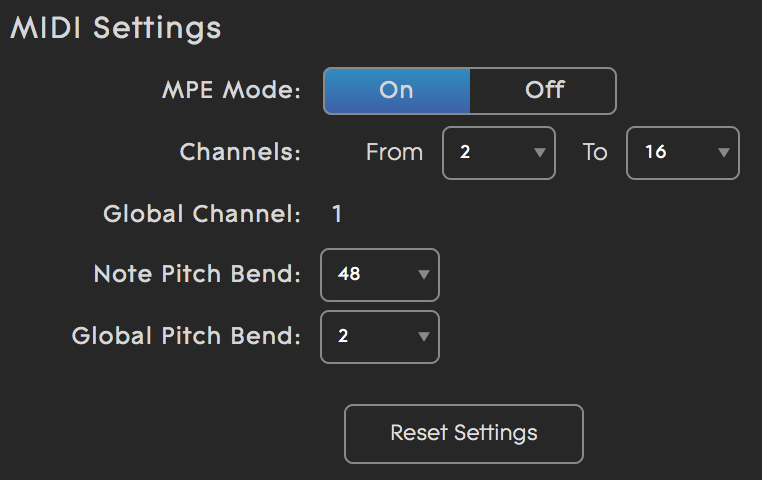 Now that you have created your instrument track and loaded a multi-timbral plugin (Equator), just record and playback as normal.

The Seaboard transmits each new note on a unique channel so that channel-wide messages like pitch bend can be applied on a polyphonic basis.

Strike (velocity) and Lift (release velocity) are recorded as single values per note and can be edited at the note in Logic's piano roll. The other dimensions of touch are continuous controllers and are edited in Logic's MIDI-Draw.

Below is an example of how to edit the Glide dimension (recorded as pitch bend), which you will use to perform vibratos on the playing surface.

Use the same process to edit Press by selecting Aftertouch, or 'Other' for CC74 (Slide) in Step 5.