Ensure that the MIDI Settings in ROLI Dashboard are set as shown below. 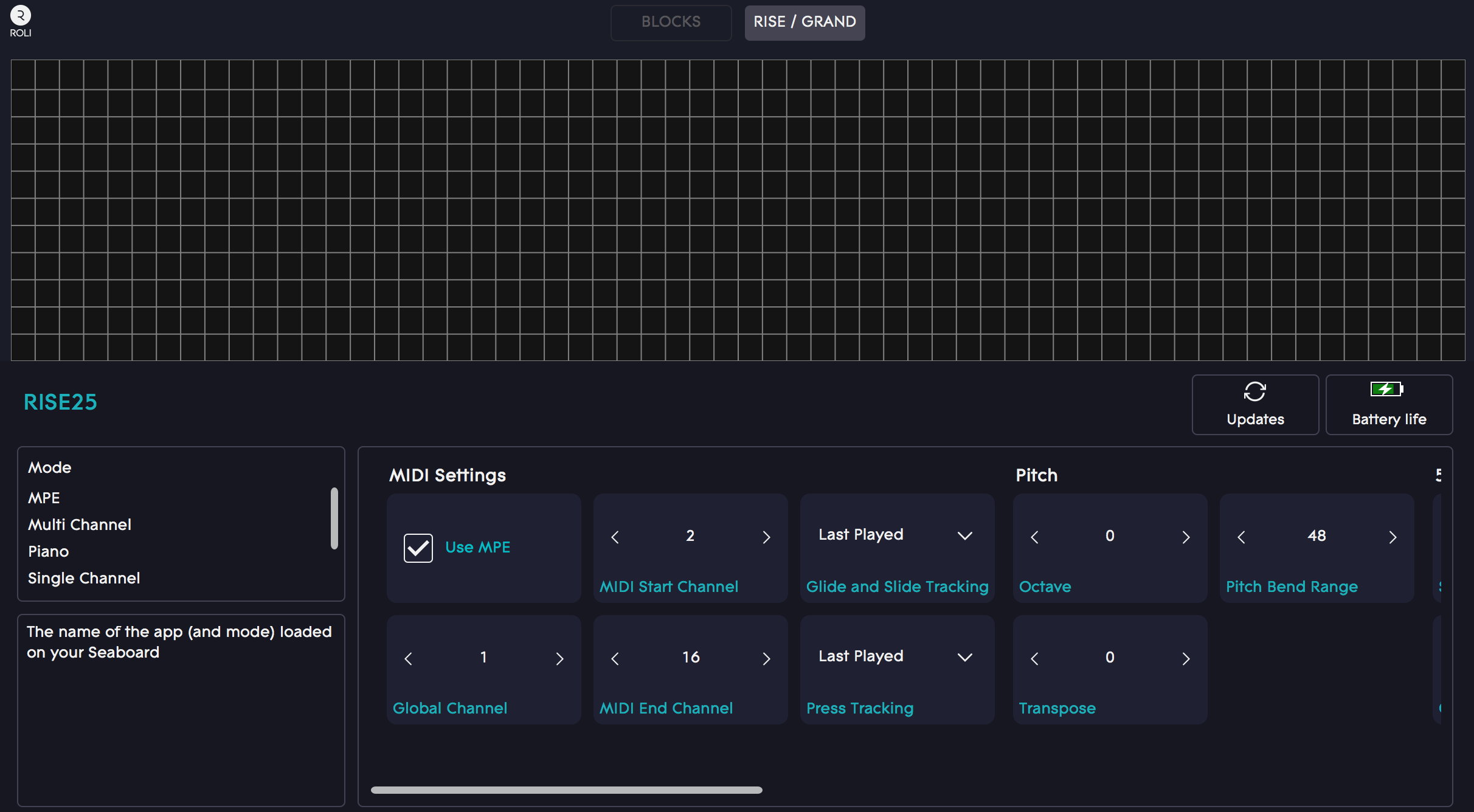 What about Glide & Slide tracking, and Press tracking? Those settings aren’t important for setting up the Seaboard with Poly-Ana.

Setting Poly-Ana to Respond to the Seaboard

To set Poly-Ana to respond to the Seaboard's dimensions of touch: